KTCHost fully managed Dedicated Servers starts from unbelievable price which helps startup company, website development firm to save a good money on monthly basis and increase the sales , our 24x7 technical team is available for your clients. Dedicated servers include monitoring, data backup and our own Managed service level. KTCHost fully managed hosting with Advanced Threat Protection, we can help you customize the best architecture for workloads and provide ongoing support. Firewalls are included with your server or customized based on your configuration selection to secure from hacking activity.

Whether you own a complex ecommerce site or heavy traffic website, our premium Dedicated server is reliable and 100% secured to host your web contents. Our extensive range of dedicated servers can be tailored to meet any requirements and all budgets – it’s simply a case of choosing what’s right for your business. We do provide white labeled Live chat and Help Desk support to our Dedicated server clients in very affordable rates, for more more information kindly open a live chat session and discuss it with our sales executive!


Included with your dedicated server 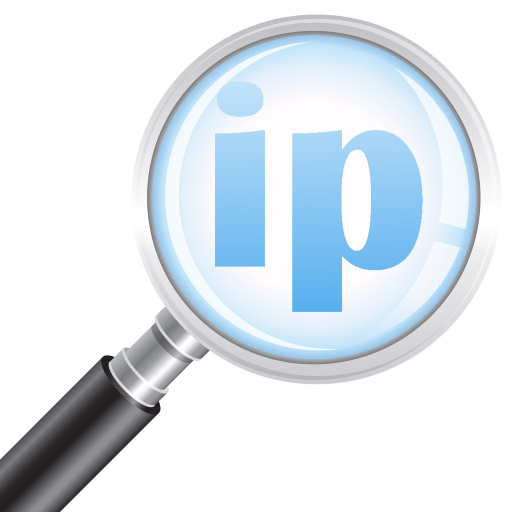 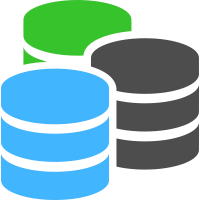 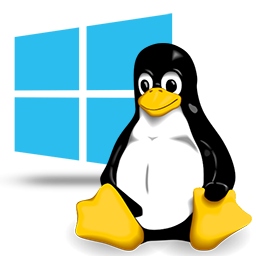 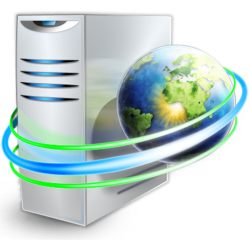 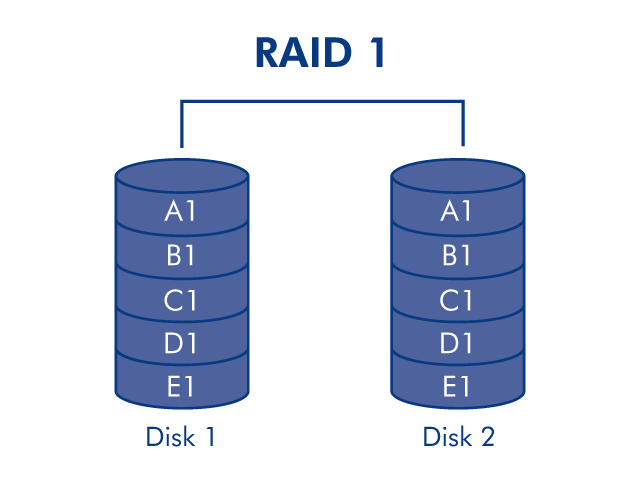 RAID 1 writes and reads identical data to pairs of drives. This process is often called data mirroring and it’s primary function is to provide redundancy. If any of the disks in the array fails, the server can still access data from the remaining disk(s). Once you replace the faulty disk with a new one, the data is copied to it from the functioning disk(s) to rebuild the array. RAID 1 is the easiest way to create failover storage. 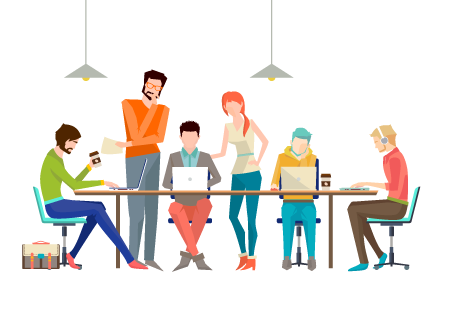 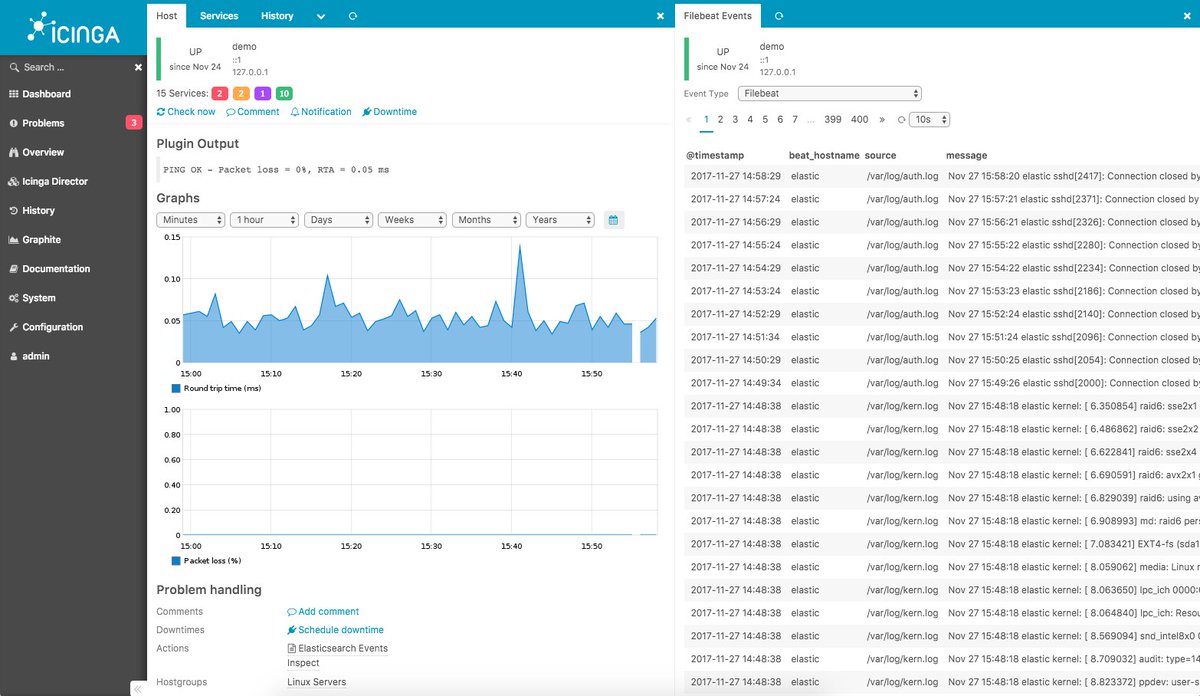 Every 3 years, 20 to 30 percent of all small businesses experience unexpected downtime. This downtime often causes major damage, resulting in permanent closures for 25 percent of businesses who have a significant incident. Businesses, especially those without huge IT teams and millions of dollars in revenue, can’t afford to experience unexpected downtime. Not only does it cost them time but also money as they try to sort through the issues.

You can never be completely certain of when an outage will occur. You may be at work or it could be 3 am. Server monitoring alerts make it possible to always be in touch with your servers. Connect your email to your smartphone and receive automatic alerts for every problem, no matter where you are. 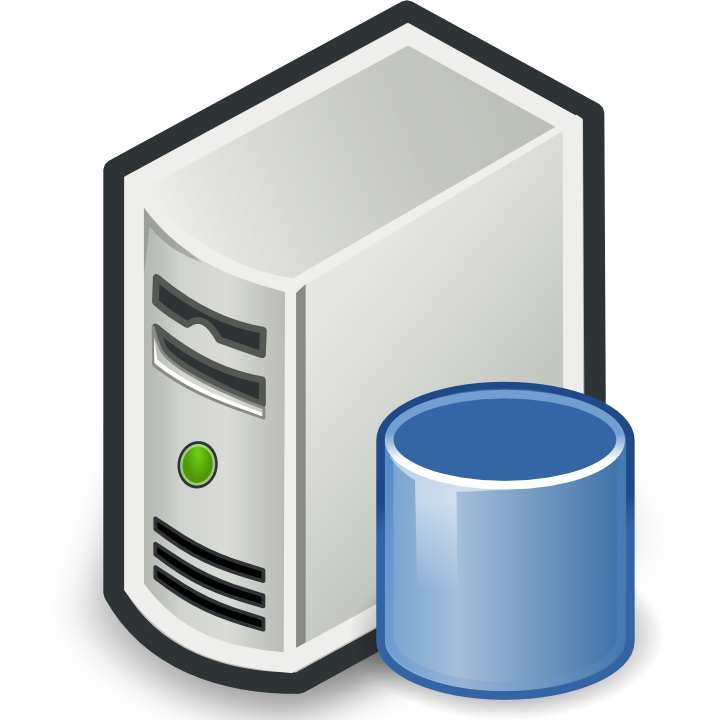 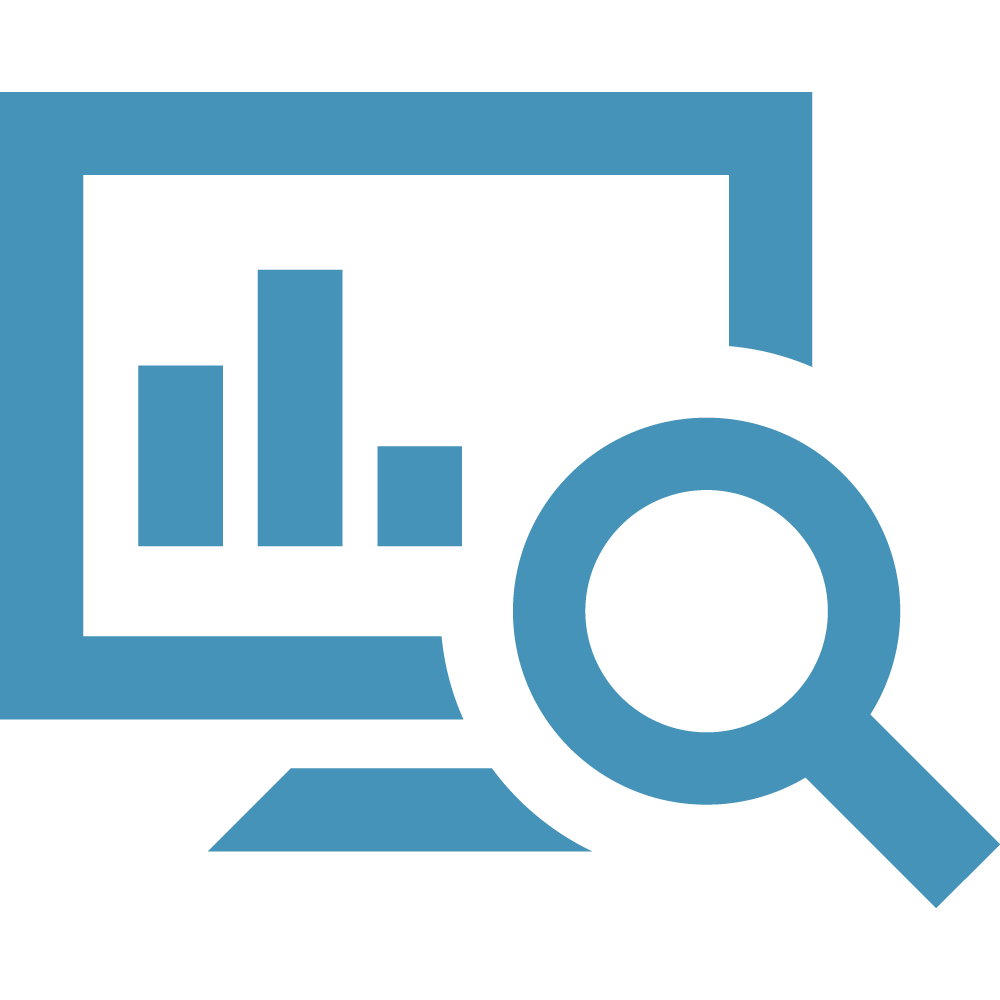 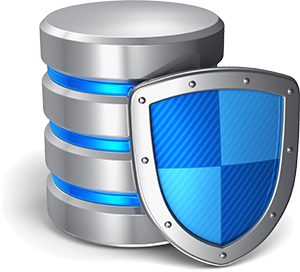 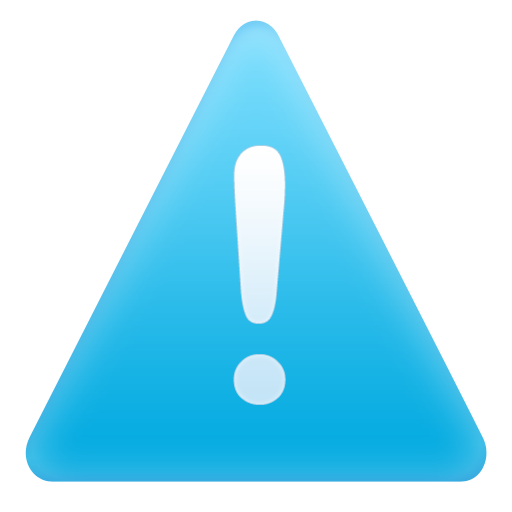 KTCHost provides a Dedicated account manager, who is responsible to manage the migration proces for new clients to migrate the hosting accounts from old server to new server with us, therefore with KTCHost purchasing and migrating new Dedicated server is very easy.

We do provide Let’s Encrypt license with our cPanel control panel license, With Let’s Encrypt there are no complicated configurations, no validation emails and you can have multiple certificates installed on your hosting accounts, for each domain and subdomain you choose. The certificates are domain-validated and don’t require a dedicated IP, for more information contact our support tech.

CloudFlare global Anycast network routes customers to nearest Datacenter, resulting in your website loading faster and your users receive best performance. By default CloudFlare is not installed on server, if you want to enable the CloudFlare on your server, then contact our support team to enable it for your server.

All our data centers area unit engineered upon the N+1 principle that means there's no single purpose of failure. We tend to area unit thus assured in our infrastructure that we tend to area unit happy to supply a full 100 percent network time period guarantee on all servers and backed by our comprehensive SLA.

How long does it take to get my server set up
We guarantee that all our Dedicated servers configurations will be set up within 1-2 business day. Factors contributing to longer setup times may include server add-ons, custom configurations, and payment approval time.
Is there a limit on the number of websites that we can host?
As you will be server owner, therefore its your own choice how many domains you want. There is no limit set by us on the number of websites you can host on your server.
Can we upgrade my KTCHost Shared Hosting account or VPS/Cloud to a Dedicated Server?
Yes. If you currently have a Shared Hosting account or VPS/Cloud with KTCHHost you can upgrade your package at any time to a dedicated server by ordering a new server. KTCHost can also move your data from your current account to your new server for you at your request. The process of this transition is seamless and requires no effort on your part and no extra cost includes for migration process.
Can we use the server for emails?
If you are bsically looking for a corporate bulk email hosting solution, you can utilize one of our dedicated servers to send bulk emails to subscribed email addresses. All you need to do is select an appropriate server depending upon the number of emails to be sent or get in touch with us through Live Chat and we will help you select the right option.
Can I create mail accounts on my server? What software is included for mail?
All of our Dedicated servers use Exim (cPanel control panel required) and Postfix (Plesk control panel required) to send and receive mail. You can create as many e-mail accounts as you like and set up auto-responders, forwarding, aliasing, and any other mail services you require using your control panel. If you don't want to purchase control panel , then we will help you to install Postfix and free webmail like SquirrelMail.
Can I upgrade the server?
Yes, You can upgrade to a new server anytime or upgrade resources components like HDD and RAM on your existing server anytime by paying the applicable additional costs. Contact us through Live Chat or Email and we will guide you with the upgrade process.
Will I be able to manage my server through a Web-based control panel?
KTCHost Dedicated Server provide powerful control panel i.e. Web Host Manager - WHM and Plesk control panel ( You can select any one as per your requirement). It gives you complete control over creating and customizing your account(s) and allocating resources. On an individual account level, you will use WHM or Plesk panel to manage e-mail, domains, and other aspects of your Web site(s).
What is RAID?

RAID, or Redundant Array of Independent Disks, is a method for storing data on multiple hard disks, then linking the disks so that the operating system on your server views them as a single entity. At KTCHost, we offer RAID for both SATA and SCSI hard drives in 5 different configurations with our Dedicated Servers:

RAID-0:This type of RAID uses a method of data storage known as striping. The technology divides the data into pieces, and places each piece on a different drive. For instance, data piece A may be stored on Drive 1, while data piece B goes to Drive 2, C is on Drive 3, and so on. Because the data is divided, RAID-0 offers the top level of performance for disk IO. It is usually used for multimedia applications such as video editing and for situations where data loss is not as much a concern as is speed.

RAID-0 does not actually provide redundancy and therefore all data is lost if one of the drives fails. We strongly recommend that daily backups are performed if you choose this RAID level.

RAID-1:This type of RAID uses a method of data storage known as mirroring. This refers to the fact that every piece of data is written to at least two disks. As a result, RAID-1 offers a high degree of data security, but has a slight performance decrease because it requires capturing all data on two disks.

RAID-5:This type of RAID is the most widely used because it offers a useful combination of protection and speed. It works by making enough of the data redundant so that even if a drive fails, it's still possible to recreate and retrieve the information. Offering the best performance with data protection, this solution is ideal for high performance databases and sites that require high disk throughput.

RAID-6:RAID 6 is like RAID 5, but the parity data are written to two drives. That means it requires at least 4 drives and can withstand 2 drives dying simultaneously. The chances that two drives break down at exactly the same moment are of course very small. However, if a drive in a RAID 5 systems dies and is replaced by a new drive, it takes hours to rebuild the swapped drive. If another drive dies during that time, you still lose all of your data. With RAID 6, the RAID array will even survive that second failure.

RAID-10:RAID 10 is the combination of RAID 0 and RAID 1. It applies parity check to realize striping set of mirror. So it inherits speediness of RAID 0 and security of RAID 1. It is known that RAID is a redundancy backup array and RAID 0 is an array responsible for data read and write.Higher reading and writing efficiency of RAID 0 and higher data protection and recovery ability of RAID1 make RAID 10 a level with higher cost performance.

Who is responsible for the server hardware?
KTCHost guarantees the functioning of all dedicated server leased hardware components and will replace any failed component at no cost to the client. Hardware repair/replacement will begin immediately upon identification of a hardware problem. Hardware is defined as the Processor(s), RAM, Hard Disk(s), Motherboard, NIC Card, and other related hardware included under the server lease. The time required to repair/replace hardware does not include software reinstallation and/or data recovery from backup tapes/disks (time frame depends on size of disk). You can find complete details about our Hardware Guarantee by reviewing our Terms of Use.
What is your uptime guarantee?
KTCHost servers connect to the Internet through redundant high-speed connections on diverse backbones, ensuring data delivery to the end user in the fastest, most efficient manner possible. KTCHost guarantees a 99.95% uptime excluding scheduled maintenance of 1 hour per month and prior notified upgrades. KTCHost's 80Gbps uncongested core network combined with 24/7/365 monitoring by highly qualified network engineers and administrators, guarantee the functioning of all network infrastructure including routers, switches, and cabling. For more details please visit our Dedicated Server SLA
Will I have Root Access?
You get full root SSH access / administrator privileges to control, manage and run the server as per your requirement.
Can I get Custom Solutions like HDD, RAM etc?
Sure, Whatever your IT requirements,we can help you.Please contact us through Live Chat or email if the server specifications you require are not listed on our website.
How many IP’s do I get?
By default we do provide one IP with the server. For additional IP, we charge $4 per month.
What is your policy on bandwidth?
Each dedicated server comes with a bandwidth limit. If you exceed your plans monthly allotment, you can purchase additional bandwidth at an affordable price.
KTCHost - A Reliable Hosting Provider with Advanced Threat Protection!
Copyright © 2021 KTCHost. All rights reserved. Terms of Use | Privacy Policy
Scroll